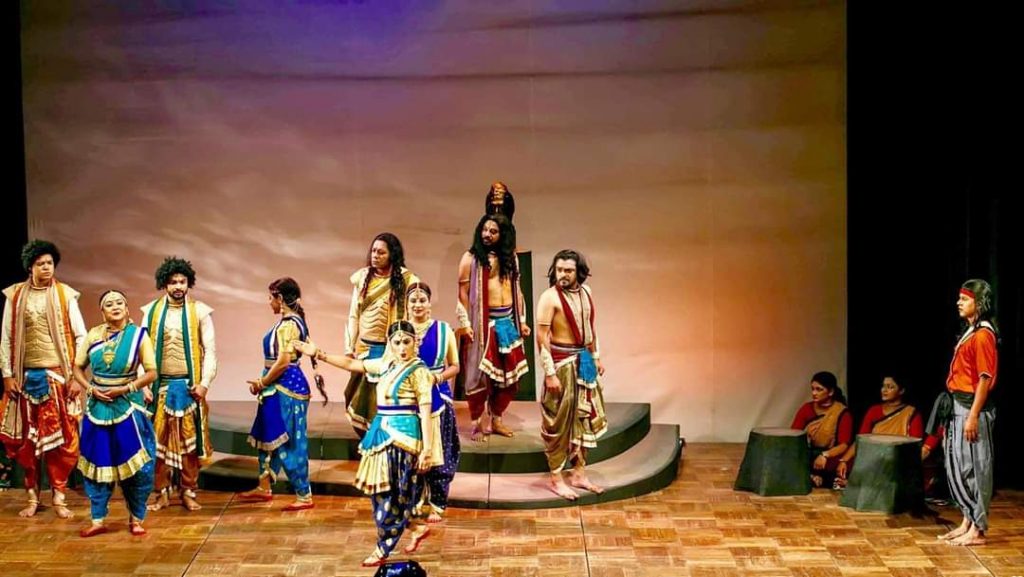 At that topsy-turvy period, some young committed people to have a wellbeing human society with dignity for all   decided to form a theater group.  They decided that the theater group would be named as “Desh Natak”. Finally the dream came true in 1 July 1987 and Desh Natak was founded. At the barandah of the Architecture Bhaban of BUET, a declaration was read out written by Shamsul Alam Bakul, a founder member. At that golden moment, sixteen young theatre and political activists were present. The slogan decided was “Theater should be the instrument for liberation of working class.”

The first production of Desh Natak, Maharajar Gunoketton, written by Tapan Das and directed by Shamsul Alam Bakul, was first staged in 2 September 1987. From then, Desh Natak is actively engaged in making theater productions, organizing theater festivals. It also organizes seminar and workshops with a view to exchanging knowledge and experience with others. Desh Natak has staged twenty three dramas having more than six hundred shows. Except one of the twenty three, all the playwrights of the staged dramas are from the group. Desh Natak is a member of the Bangladesh Group Theater Federation, Street Treater Council of Bangladesh and Sommilito Sanskritik Jot.